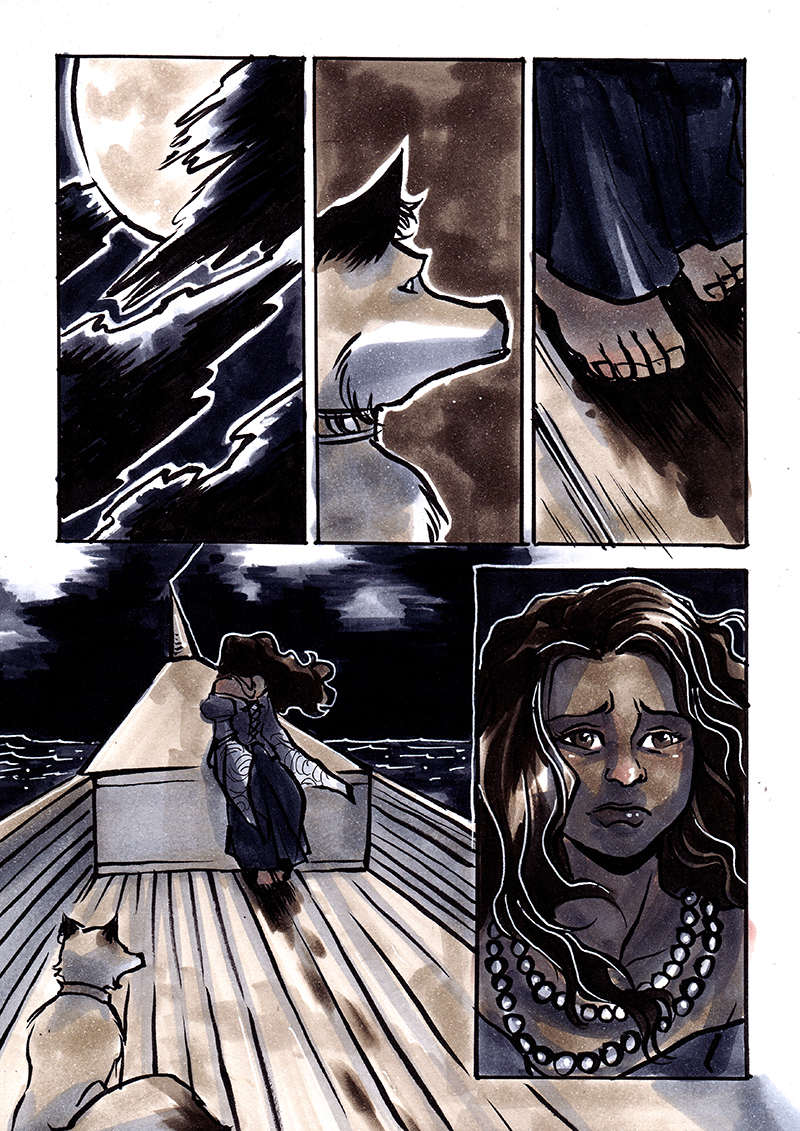 I don’t get it. If the Prince cut out her tongue and is abusive to her. Why is she still with him?(Or was with him; you know the reference to before when they were intimate ) Why miss someone who would hurt you that much to dominate you?

And why is she crying over him? Or is she crying cause she knows his dark secret and thinks he’ll hurt the Princess or her worse?

She’s a royal mistress, probably a concubine. If that’s the case, she has no free will because she isn’t free. She obviously isn’t in the relationship because she chose to be. I have a feeling she was taken from her family to be a concubine or coucourtesan. That happened quite frequently in olden times. Also, she probably doesn’t miss him, but misses her voice. Maybe she’s thinking of a happier time and misses that? She’s also probably worried and scared for the Princess, since she knows what Prince Ass-hat is like.

(I apologize in advance if this comment is upsetting to some.)

There are many reasons why some don’t want to leave their abusers – for some, it’s fear. For others, it’s the belief that things will get better if they just hold out. Others assume, mostly due to verbal abuse from their “partners” (and I use the term loosely), that no one else will want to be with them and they have to settle for the demon they live with.

I’m assuming Nerissa, after saving the Prince (assuming she IS the little mermaid), fell in love with an idealized image of him, and only after he showed his true colors realized he was not who he appeared to be. If she IS the little mermaid, unless “true love” comes along, she would have had no choice but to stay with him: she has to win him over or she’ll become sea foam…or kill him and remain human.

It’s not a good situation at all.

I thought killing him made her a mermaid again? I thought her sisters give her the knife and tell her his blood hitting her legs will give her back her tail.

You’re right! I forgot that her sisters made the wish that if the prince died, she could become a mermaid again. Good call!

I thought her feet would have stopped bleeding by now. Poor thing. Gideon, what are you doing there?