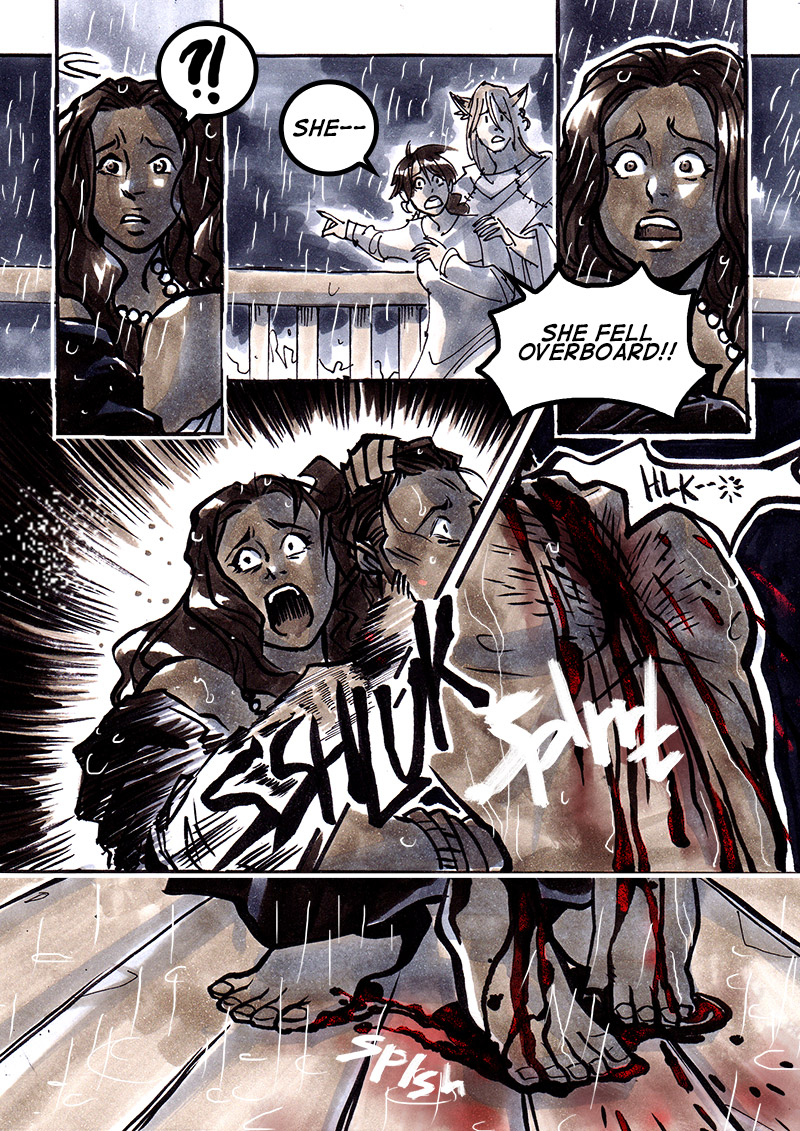 This is very satisfying

The irony in that action. Karma is funny like that, and her jerk reaction is sad since obviously did not mean to slit his throat. Vengeance I sense will be very bitter sweet. Just as is seems achieving her dream was too.

Wow! This is getting better and better. He got what he deserved.

I feel bad for Willow. She’s gotta be so clueless right now.

Nerissa knows exactly what she is doing, she absolutely meant to do what she did. She knows full well that she will turn back into a mermaid when his blood touches her feet. And the only way she can rescue Nuala now is as a mermaid. She is trading his life for Nuala’s.

And darned good for her, I am ready for badass mermaid saving the lady action here. :: bounce bounce bounce falls of the couch ::

WooHOO!! Yes, I believe it was a deliberate action. She didn’t tie him up and put a knife to his throat thinking “Oh, once we sort out our differences, I’m sure he won’t hold this against me. He’s such a nice guy, surely he’ll overlook all this.”

Maybe there were other plans she had for him first, but once she knew Nuala was in mortal peril (even more so, since that is what prompted her about-face to begin with), then it wasn’t even a question: Dickhead Prince vs Nuala…no contest to her.

Oh, and I forgot to add: SUPERB drawing!!

I love how Nerissa’s expression evolves to one of horror. If there was hesitation before, there is none now. And I don’t think there WAS much to begin with!

But now, I hope the prince’s body goes overboard too, otherwise someone will have to explain a murder when they dock.And I think some fish are hungry.

I love that last panel!

Where the heck is the ships crew and what are they doing? If their prince is dead on the deck with the Nerissa and Nuala missing, won’t Willow and Gideon be suspected of killing them?

“And when his blood sprinkles onto your feet, they’ll change back into a tail again.”