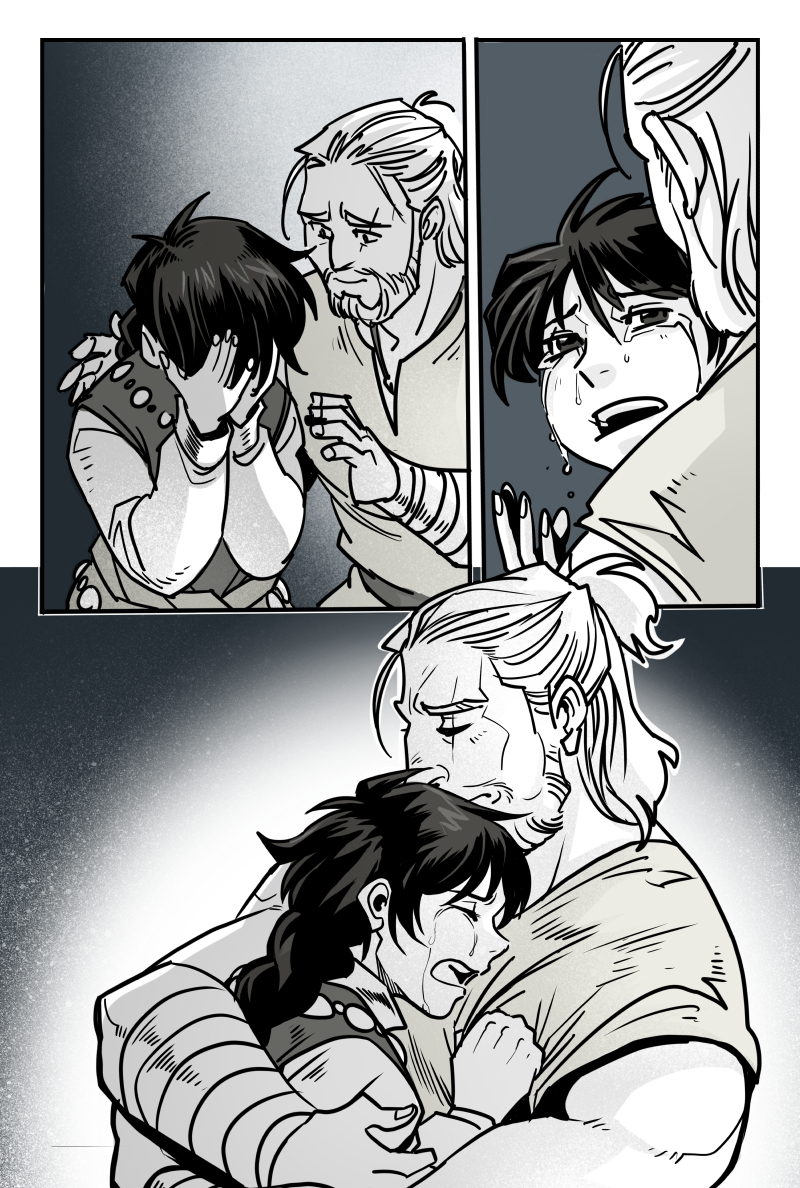 I think she really does have feelings for Gideon after all this time and his betrayal hurts her to the core. The last thing she needs is to bed the woodsman – that would open a whole different kind of guilt.

She has nothing to be guilty of…sure she probably still has feelings for Gideon, but he has given no indication of returning her feelings (to her face anyway, we readers have seen the wistful looks and jealousy that he hides from her). She would be doing herself a disservice to hold out for him. I, too, have misgivings about the woodsman bedding her, though. She’s in a vulnerable emotional state. irl I wouldn’t try to offer sex during that time, seems more predatory than comforting. But it is just fantasy, and I do think the woodsman is exactly the kind of reassuring friend that Willow needs right now. Gideon hasn’t earned her affection yet.

I agree on both accounts. But more specifically, it sounds like lazy writing if that happens. The cliché is for Willow and the woodsman to have a night together and have Gideon discover them, etc. I feel like this story deserves more than a cliché twist; it’s had so many different opportunities to follow the cliché and it hasn’t happened yet. *crosses fingers*

When will there be an update?